The Master Vintage has moved to Italy!  The class arrived 2 weeks ago to Piacenza, to start our viticulture unit at the Università Cattolica del Sacro Cuore.  During our first three weeks we only have Italian language courses, and have been utilizing our down time to explore the viticultural region around Piacenza. 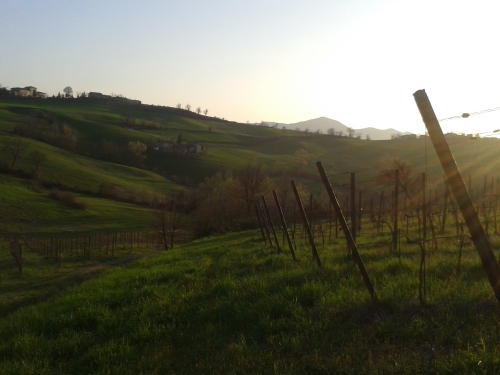 Many of the wines in this region, both whites and reds, are “frizzante”, or lightly sparkling, but many “vini firmi” are also produced, typically bearing a slightly bigger price tag.  I’m still tasting my way through the local appellations, or Denominazione di Origine Controllata (DOC), but a few that I’ve discovered so far include Colli Piacentini, Gutturnio, Guttornio Superiore, Ortugo, and Monterosso Val d’Arda.  Some of the common varietals used in the region include Malvasia, Ortugo, Moscato Bianco, Trebbiano Ramagnola, Sauvignon, Bonarda, Barbera, and Cabernet Sauvignon, among others.

(Pressure gauge on an ‘autochiave’ tank)

We visited a producer just down the road from our house, Bongiorni Agostino, who explained to us (*full disclosure – the informal visit, which lasted around 2 hours, was conducted entirely in Italian on the fourth day of our Italian course… thus the information was pieced together from the understanding of us 5 students who speak 3 different languages between us) the process used in making his wines.  The the fermentation is begun as usual, and at a certain point in the fermentation process the wines are ‘racked’ (transferred), to a special type of tank called an “autochiave” which can be sealed to maintain the pressure inside as the carbon dioxide produced during fermentation collects in the sealed vessel.  He can control the pressure inside the tank, and therefore can maintain the carbon dioxide naturally produced by fermentation in the wines.  Some of the wines are “dolce”, or slightly sweet, and for these the fermentation is stopped when there is some sugar remaining, either naturally (the yeast are poisoned naturally by their own production of alcohol), or by centrifugation, where he is able to eliminate all solids from the fermenting wine, including the yeast. 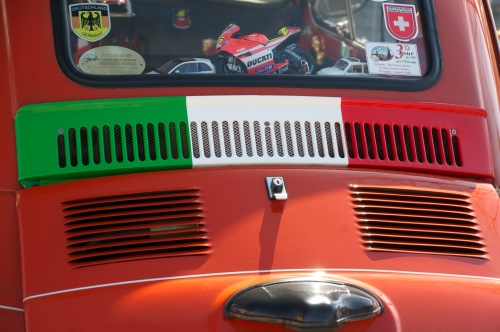 2 thoughts on “The pressure is on…”